In January 2018, Seattle-based Amazon.com Inc. (Nasdaq: AMZN) released its list of 20 finalist cities for its highly publicized second headquarters – and Houston didn’t make the cut. The snub was a wake-up call for many of Houston’s leaders – one of the nation’s premier technology firms essentially told the Bayou City that its technology and startup ecosystem just wasn’t good enough.

Amazon’s HQ2 snub in 2018 served as a rallying cry for city officials and technology stakeholders in Houston. In 2019, investors have been pumping hundreds of millions of dollars into developing spaces where Houston-based entrepreneurs can work, play, collide, collaborate and innovate.

Amid this push for a more robust tech and startup ecosystem, outside players are taking notice. Houston saw numerous out-of-town accelerators and incubator programs open up local operations during 2019.

One of the most notable advancements in the city’s tech ecosystem is being built out in a former Sears building in Midtown. Rice Management Co. is constructing The Ion, a roughly 300,000-square-foot project at 4201 Main St. that’s being billed as Houston’s innovation hub. Stakeholders from the city of Houston, technology startup accelerators and higher learning institutions gathered to break ground on The Ion in July.

Gaby Rowe, the former CEO of Houston-based startup incubator Station Houston, was tapped to lead The Ion as executive director in October.

A separate group of investors is building out an entrepreneurial hub in west Houston. The Cannon, a 120,000-square-foot coworking facility for early-stage companies, opened its doors to tenants in late July. Mark Toon, co-founder of Houston-based Work America Capital – which led The Cannon’s initial funding round – told the Houston Business Journal that over 250 companies have taken space in The Cannon so far. Lawson Gow, founder of The Cannon, was a 2019 Houston Business Journal 40 Under 40 honoree.

But Toon and his business partners have broader plans for the 32-acre site at 1336 Brittmoore near the intersection of Interstate 10 and Beltway 8. The group secured a multimillion-dollar tax break from Houston City Council in December to develop the Founders District, a mixed-use development that will feature 308,000 square feet of office space; 130,000 square feet of retail, food and beverage, and events space; and 300 residential units. The Founders District will break ground on the first 12-acre phase of the expansion in the first quarter of 2020.

In November, city officials approved over $24 million in federal funding to develop a new industrial makerspace and coworking facility in Houston’s East End. The goal of the East End Maker Hub, to be built out at 6501 Navigation Blvd., is to foster economic development in the East End neighborhood by providing below-market rental space for light industrial businesses. In conjunction with Houston-based TX/RX Labs, an existing nonprofit makerspace, the Maker Hub will provide 250,000 square feet of shared collaborative space for new startups.

Among the startup accelerators that announced entrances into Houston in 2019: Boston-based MassChallenge Inc.; Wisconsin-based Gener8tor; Sunnyvale, California-based Plug and Play Tech Center; and the Ion Smart Cities Accelerator backed by Microsoft and Intel.

Additionally, new designs for the TMC3 campus that the Texas Medical Center plans to build were revealed in 2019. The 37-acre project originally was expected to break ground by the end of the year, but the groundbreaking is now slated for spring 2020, according to a TMC spokesperson.

The collaborative research campus is expected to have a $5.2 billion impact on the city of Houston and create a projected 30,000 new jobs. The founding institutions are the TMC, Baylor College of Medicine, Texas A&M University Health Science Center, the University of Texas Health Science Center at Houston (UTHealth) and the University of Texas M.D. Anderson Cancer Center. The campus is located south of TMC’s current footprint in what is now mostly a parking lot between Old Spanish Trail and South Braeswood Boulevard.

Listen to to daily real estate news updates.  Playlist is udpated routinely throughout the day.  Click to add to your personal radio session.

Select the latest real estate articles to add to your personal radio playlist.  Sports articles are curated from all around the web, covering the most popular topics and news stories.

The Reality Of Running And Using Virtual Coworking Spaces by Allwork.Space

Design Is More Than Numbers

What Office Metrics to Measure in Workplace Strategy: A Design Museum Session Hosted by Robin

Introducing HeyHub: A Communication Platform For Coworking Communities by AllWork.Space

Going with the flow in office design 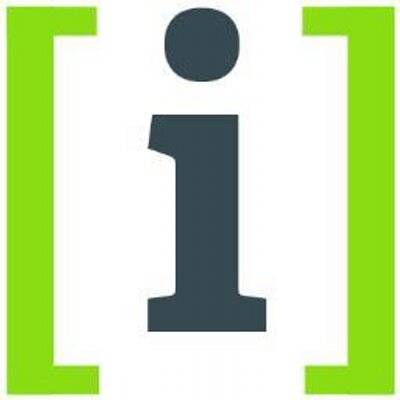 Workers Value The Basics In Their Workplace

Want an extended listening experience?  Select one or more of the real estate podcast below to add to your personal radio playlist.

Listen to to daily business news updates.  Playlist is udpated routinely throughout the day.  Click to add to your personal radio session.

Select the latest business articles to add to your personal radio playlist.  Sports articles are curated from all around the web, covering the most popular topics and news stories.

Just what exactly went wrong at WeWork? by Siliconrepublic.com

Will WeWork’s Failures Impact The Coworking Industry? by AllWork.Space

What Businesses Can Learn From WeWork’s Value Decline by Forbes

IWG In Search Of Partners For Its Canadian Operations

How WeWork Is Impacting The Coworking Industry

Jim Cramer Tackles McDonald’s Earnings, WeWork and Softbank and Beyond Meat by TheStreet.com

Reports: WeWork Agrees To SoftBank Takeover At $8B Valuation by Bisnow

Why Flexible Offices Are Necessary For International Expansion

Want an extended listening experience?  Select one or more of the business podcast below to add to your personal radio playlist.

Listen to to daily political news updates.  Playlist is udpated routinely throughout the day.  Click to add to your personal radio session.

Select the latest political articles to add to your personal radio playlist.  Sports articles are curated from all around the web, covering the most popular topics and news stories.

Hub and Oak to set up 2 new coworking centres in Delhi with 1,000 seating capacity by Moneycontrol

Coffee Shop vs Coworking Spaces: Which Space is Right for You? 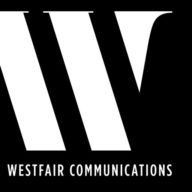 Want an extended listening experience?  Select one or more of the political podcast below to add to your personal radio playlist.